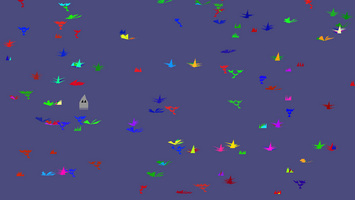 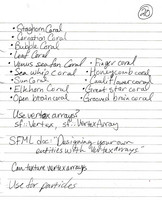 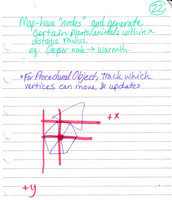 I was watching documentaries on undersea life and struck by how beautiful it can be, and suddenly it felt like trying to make graphics for an underwater game would be difficult... how do you possibly capture so much color and vibrance and movement?

I had already been thinking about building the character sprites in pieces so that their tentacles could move as you float around, but I began thinking that maybe I should come up with some kind of procedural way to generate graphics for the coral. A lot of plants can be thought of as recursive patterns, anyway. 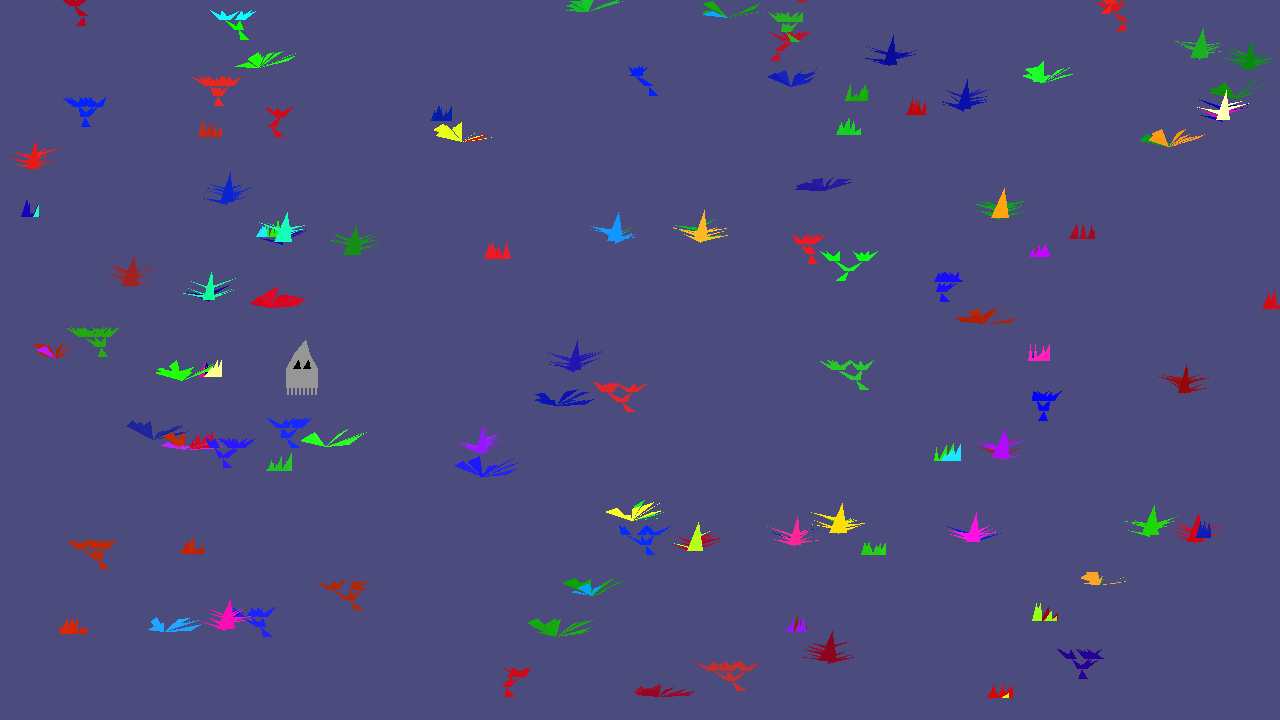 This screenshot is an early example of creating some graphics out of just triangles, put into vertex arrays. With random colors, they look pretty garish, but I can keep iterating on it and setting certain plants to certain colors, and maybe once I have enough and can build out an environment things will look better... the whole being greater than the sum of the parts.

I'm going to keep tweaking it and seeing if I can get an "aesthetic" that works using graphics like this. I was thinking that, since this is an alien world, having graphics built like this could potentially also evoke a feeling of alien-ness. It's not plants you see on Earth, this is a landscape similar but different from your own.

Anyway I'm gonna go put on pajama pants, it's too late at night to be wearing jeans.

Mupoa: Bo Pu - To The Unknown