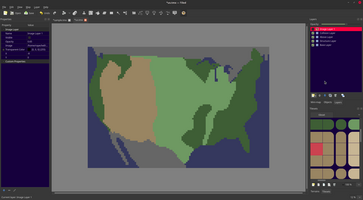 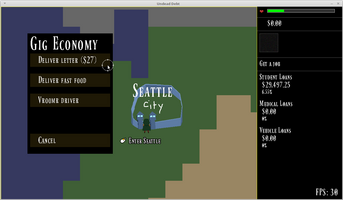 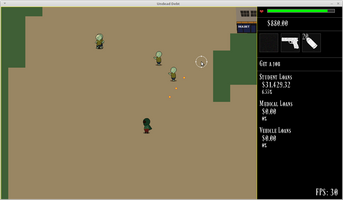 Looking back at Undead Debt, a game I'd like to work more on, but... 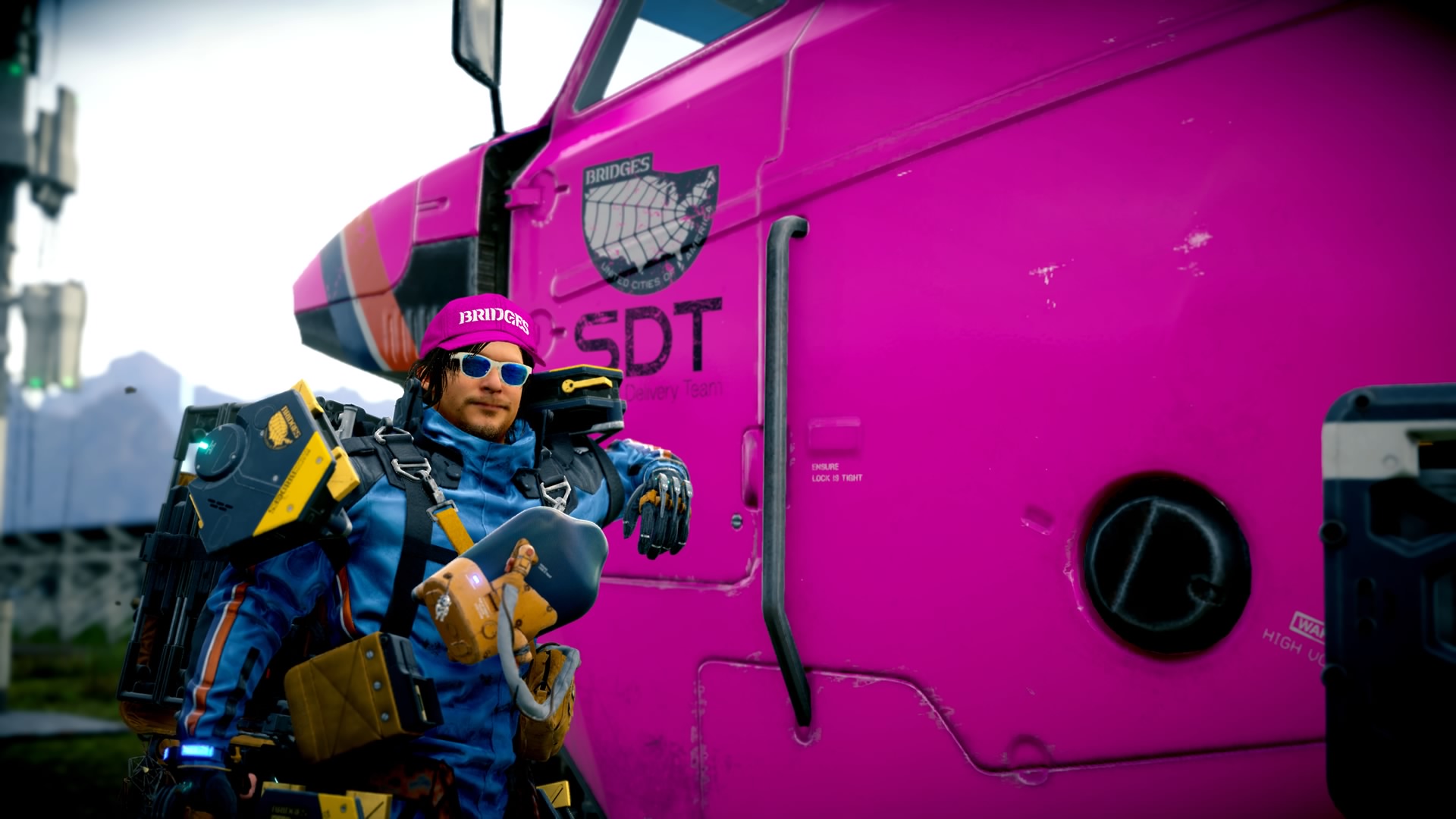 I began working on Undead Debt in 2018, well before we had any information of what Death Stranding would have in store for us. In Undead Debt, you travel between the remaining outposts in the post-apocalyptic U.S., taking on jobs and delivering packages in the gig economy - food delivery, packages, etc. Doing so earns you money, which you can then use to pay your student loan bills. As you earn more money you can also opt to buy better vehicles to get around in, better weapons to fight the zombies around the country, and so on.

... Which sounds a lot like Death Stranding, a game where you're a porter delivering packages between outposts in post-apocalyptic "United Cities of America". As you play, you gain resources which help you upgrade your equipment and vehicles. On the way, there are humans trying to steal your packages and terrorists trying to stop you (which is different from my game where you just have zombies), and you ultimate goal is to "reconnect America".

The mechanics between the games is similar, though the feeling and the goals are different. Undead Debt is very much about making you feel stressed about loans, interest, and debt, while Death Stranding has a more hopeful tone about human connection and enduring in the face of extinction. But, I've played over 150 hours of Death Stranding now, I feel like working on Undead Debt would end up making it feel more and more like Death Stranding. (Should I put rocks in the game for you to trip over?) 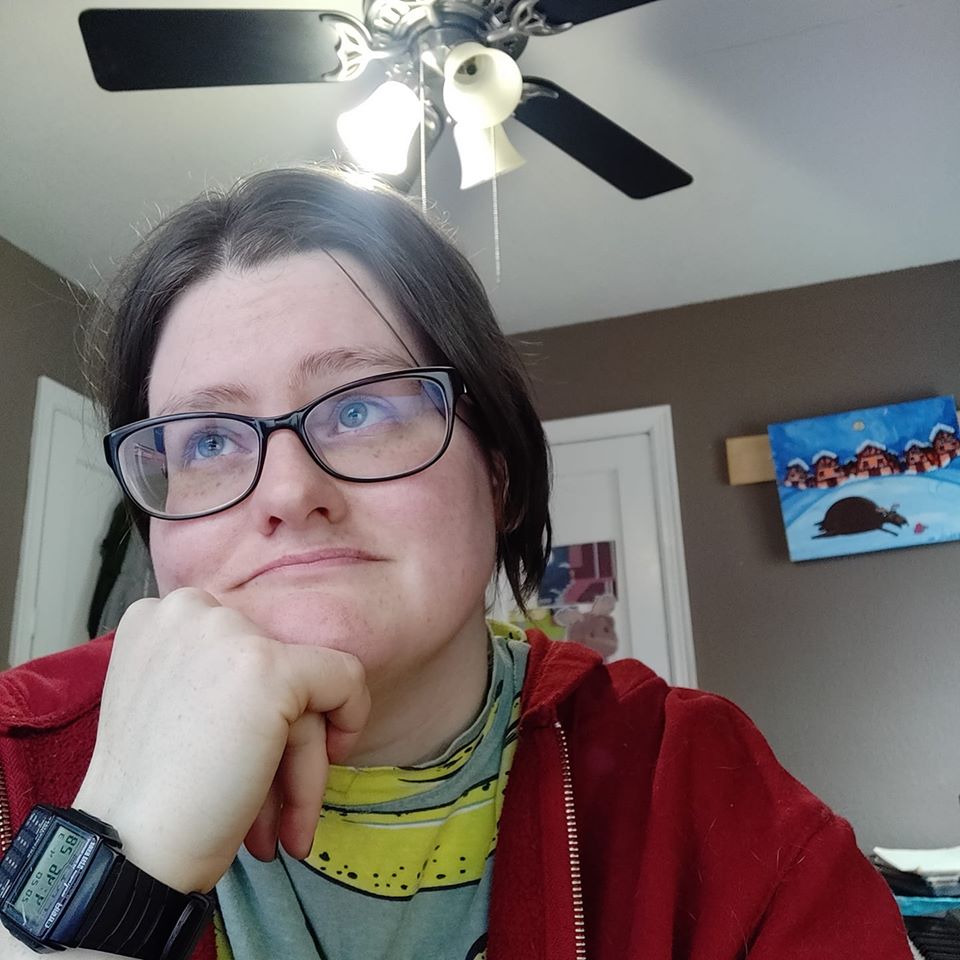 Undead Debt is about making deliveries in the gig economy to make a paltry amount of money in order to pay off your student loans, which you're still held to even after the apocalypse. There aren't other people wandering around the U.S. because there are zombies roaming around; it just isn't safe. 👀

In 2018, I was making a game about a jaded look at society and debt, a "haha look at this made up post apocalypse where you still have to venture out in danger to do odd-jobs (because there are fewer steady jobs) in order to pay off loans (because you can't be forgiven from student loan debt, even via bankruptcy)" game meant to stress you out.

And now, it feels like it'd be a tasteless game to make; a mirror at our current predicament, as I sit here in the comfort of my home with the privilege of being able to work from home on the courses I teach and tutoring I do. The game is no longer a reflection of where I might see myself in the zombie post-apocalypse, struggling to still pay off student loans, and now it feels like I'd be commenting on someone else's experience now.

I really wish I would have worked on this game more last year, but I know it wouldn't have been realistic to do so. I was working again as a software developer (in an attempt to put most of my paychecks into my student loans to get rid of them), but doing so pushed me to suicidal ideation. I wasn't in an emotional state to work on it nor did I have the energy to do so. And eventually, I couldn't take it anymore and I stopped working again.
I still have $13,000 in student loans.

I'm in a much better position now: I'm teaching again, and I love teaching. My college campus has closed but classes are shifting online, and this has actually increased my work-load. I'm getting paid more now. I have lots of work. (Still not software-developer-salary level pay, still adjunct-pay, however much co-teachers get paid, and $20/hr tutor-pay, but I'm fine.)

I'm able to stay indoors and keep working (and working and working), spending most of my time at a computer or otherwise in front of a screen.

I feel like the time has passed to really work on this game. Other games I've abandoned, I can still pick up and work on, but I just don't see how I can keep working on this now. Do you?

Take odd jobs to pay off your student loans after the zombie apocalypse.